The Avengers are pressed into action when Tony Stark’s experimentations with artificial intelligence unleashes Ultron – a malevolent programme intended for peace keeping that decides to become the master of its own fate…and humanity’s.

With the weight of near impossible odds stacked against him, writer/director Joss Whedon’s follow up to 2012’s mega hit (equally of critical and commercial proportions) – and dare us forget, third highest grossing film of all time – Avengers Assemble is finally unleashed upon entertainment and thrill hungry film goers.

Avengers: Age of Ultron opens by lunging the audience into a Bond-esque pre-titles mission as the Avengers, lead by Robert Downey Jr’s Iron Man and Chris Evans’s Captain America, raid a secret Hydra base to recover Loki’s sceptre (see Avengers Assemble).  It’s a gloriously explosive and energetic opening that facilitates our reintroduction to ‘Earth’s Mightiest Heroes’, an introduction to new characters (following their brief appearance in the post-credits sequence of Captain America: The Winter Soldier) meta-humans Pietro and Wanda Maximoff and the set-up for the world-shattering events to follow.

Whilst the speedster of the Maximoff twins, Pietro (Taylor-Johnson) becomes largely a secondary character it is Wanda (Olsen) who figures more substantially in the narrative as her psych abilities are used to reach into the darkest corners of the minds of our beloved Avengers.  Right from the outset it’s clear that this is a much darker affair and the startling imaginations of Tony Stark’s fears set the tone for a more dramatically and thematically daring narrative than the previous Avengers outing.

Marvel Studios proved with Captain America: The Winter Soldier that such a creative direction is the way to go (whilst still indulging audiences in a spot of lighter entertainment in the form of the enjoyably fun Guardians of the Galaxy) and ensures that although Age of Ultron delivers much of what we all loved about Avengers Assemble – great characters, exhilarating action, of which there are numerous exciting set-pieces including a city smashing face-off between Iron Man and the Hulk that’s sure to delight fans and of course, humour – there is a seriousness and maturity that elevates the film above the realm of mere blockbuster fodder.

With an exciting, dramatic, intelligent and witty script Whedon crafts a glossy, quality comic book adventure that amongst all of the grand spectacle has a great deal of character depth.  Tony Stark continues to battle his demons as does Bruce Banner, increasingly ill at ease with his angry and destructive alter-ego who’s only saving grace is a blossoming tenderness with Natasha Romanoff/Black Widow, Steve Rogers is still very much a man out of time and Thor…well, is Thor.  Jeremy Renner’s Clint Barton (a.k.a. Hawkeye) is also better served this time around as we glimpse into a personal life beyond world saving escapades with the Avengers.

Downey Jr and Evans are once again on top form, returning with the assured confidence afforded them by star popularity and billions of dollars in box office takings.  They receive a more than worthy protagonist with James Spader triumphing in the role of the delightfully maniacal, egotistic and surprisingly funny Ultron, thanks to a combination of operatic dialogue and intricate motion capture performance.  Whilst it’s hard not to miss Tom Hiddleston’s Loki, Spader provides a gravitic presence of black hole proportions.  It also has to be said that Mark Ruffalo is once again a highlight as the troubled Bruce Banner and given the lack of any solo Hulk films in the near future is quite rightly given significant focus in Age of Ultron.

Central players aside, Age of Ultron features a glut of fan pleasing cameos from familiar faces including Don Cheadle as James Rhodes/War Machine, Anthony Mackie as Sam Wilson/Falcon, Cobie Smulders as Maria Hill and Samuel L. Jackson as Nick Fury (not forgetting of course the customary appearance from the ever legendary Stan Lee).  Paul Bettany adds himself to the Avengers roster as he ‘evolves’ from Stark’s trusty electronic assistant JARVIS to the living, breathing bio-mechanical super powered entity known as ‘Vision’, superbly realised using a mixture of physical and computer generated elements .  With so many characters vying for attention it’s surprising that Age of Ultron doesn’t collapse under its own weight yet it holds together rather well and everyone generally gets their moment to shine – however large or small that turns out to be.

If there’s any criticism to be cited then it’s that there’s a great deal of set-up for forthcoming Marvel projects, with moments taken to lay the ground work for Captain America: Civil War, Thor: Ragnarok, Black Panther and Infinity War Part I and II.  Sure, it’s all pleasing and to an extent necessary, yet it does threaten to verge on advertisement, although it’s probably an element that will be more welcome on subsequent viewings – perhaps enriched when those future Marvel outings are released.  The film’s music score is also a little underwhelming and lacking, a shame since composers Brian Tyler and Danny Elfman have both previously delivered some wonderful and strong comic book film scores.

On the whole, Whedon delivers a creatively successful film that stands at least on equal footing with Avengers Assemble and sets the Marvel Cinematic Universe firmly on course for its next phase.

The bottom line:  Avengers: Age of Ultron is a hell of a good time that focuses tightly on its rich set of characters whilst still providing audiences with colossal action and all around blockbuster entertainment.

Avengers: Age of Ultron is in cinemas across the UK now and opens in U.S. theatres on 1st May. 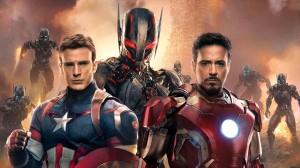