The prolific writer of numerous iconic SF works has died… 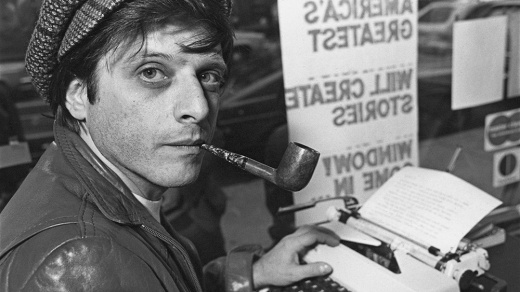 Harlan Ellison: one of the all-time greats of literary and screen SF (image used for illustrative purposes only, no copyright infringement intended).

The news on Thursday of the death of Harlan Ellison marks the loss of one of science fiction’s most iconic writers and whose contribution to the genre and storytelling in general cannot be understated.  Notoriously protective of his works, Ellison’s career encompassed an impressive range of material from short stories and novellas to comic books and television scripts that would become highly regarded and influential.

Born in Cleveland, Ohio on 27th May 1934, Harlan Ellison’s journey as a writer began after holding a series of odd jobs and having his stories published in titles such as Amazing Stories and Fantastic Science Fiction before serving in the U.S. Army between 1957 and 1959.  Work in television would eventually follow and Ellison would provide teleplays for various shows including Burke’s Law, Voyage to the Bottom of the Sea, The Man from U.N.C.L.E. and ultimately, The Outer Limits and Star Trek.

For The Outer Limits, Ellison penned two of the series’ most revered stories, “Soldier” and “Demon with a Glass Hand”.  “Soldier” is particularly noteworthy, a story in which two enemy combatants in a future war find themselves transported into the present, it became a contentious issue upon the release of James Cameron’s The Terminator.  The apparent similarities between “Soldier” and The Terminator saw Ellison launch legal action on the basis of plagiarism leading to the addition of an acknowledgement of his works to the closing credits of The Terminator.

However, it’s Ellison’s one-time connection with Star Trek that produced arguably his greatest and most celebrated work which resulted in 1967’s Hugo Award winning “The City on the Edge of Forever”, recognised as one of the very best Star Trek episodes.  Much to the outrage of Ellison, his script was heavily rewritten by Gene Rodenberry (following drafts by other Star Trek writers) in order to bring it more in line with Roddenberry’s vision and philosophy for Star Trek and to adapt it to the technical and budgetary limitations of television at the time.  Despite this, the core concept of Ellison’s story remained and only served to make the finished episode stronger and in 2014 his original teleplay for “The City on the Edge of Forever” would be adapted into a comic book mini-series, published by IDW.

Harlan Ellison would continue working into the 1970s and would serve as a creative consultant on the 1980s revival of The Twilight Zone and in the 90s would be enlisted by J. Michael Straczynski as a ‘conceptual consultant’ on Babylon 5 where he even made an onscreen appearance in the 1997 episode “The Face of the Enemy”.  Ellison’s short story “The Human Operators” would form the basis of two episodes of the contemporary version of The Outer Limits – the 1999 episode “The Human Operators” and 2002’s “Human Trials”.  His final television credit came in 2007 with “The Discarded”, an episode of Masters of Science Fiction, co-written with Josh Olson and based on Ellison’s story “The Abnormals”.  “The Discarded” is notable for starring Stephen Hawking, John Hurt and Brian Dennehy and being directed by Jonathan Frakes who played Commander Riker in Star Trek: The Next Generation.

Harlan Ellison leaves a rich legacy and can be considered as one of the all-time greatest writers of science fiction.