The Marvel Comics legend has died… 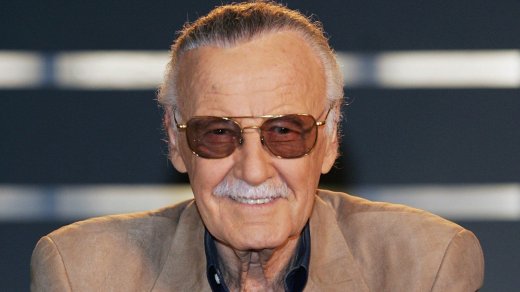 The incomparable legend, Stan Lee (image used for illustrative purposes only and remains the property of the copyright owner).

The Pop Culture world has been shattered by the sad news of the death of Stan “the Man” Lee at the age of 95.  The founding father of Marvel Comics, Stan worked with legendary artists such as Jack Kirby, Steve Ditko and Don Heck to co-create a plethora of superhero characters that continue to be loved by millions of fans all over the globe. It all began with The Fantastic Four in 1961 when a bored Stan, on the verge of quitting comics which at that time were dominated by the crime fiction and Western genres, conceived the idea of the titular superhero team when his wife Joan (who passed away last year, also at the age of 95) urged her husband to create the kind of characters and tell the types of stories that he wanted to.  The rest is of course history and a new age of comics was born when Timely Publications evolved into the mighty Marvel where Stan served as President and despite leaving the company in 1972 he continued to be credited as ‘Chairman Emeritus’.

With the genesis of Marvel many more creations followed, including (but not limited to) the X-Men, Daredevil, Thor, the Hulk, Black Panther, Iron Man and perhaps the greatest of all the Marvel heroes: Spider-Man.  Co-created with artist Steve Ditko (who also died earlier this year), Spider-Man is the finest example of what Stan Lee strove for when writing comic books and the colourful characters within their pages – finding the human in superhuman.  By infusing these characters with the same day-to-day trials and tribulations everyone faces, Stan presented stories that were relatable and more relevant to the reader whilst providing hope as the extraordinary people he wrote about surmounted their problems.

Whilst Lee and Ditko parted ways acrimoniously, with Ditko feeling Lee had downplayed his contributions in the creation of Spider-Man, Stan Lee always spoke fondly and respectfully of the artists he worked with and his love for, and work in, the comic book medium together with his boundless and passionate devotion to the fans helped shape the Pop Culture landscape as we know it today.

With Marvel superheroes being more popular than ever, in no small part thanks to the success of the Marvel Cinematic Universe (in which Stan would regularly make cameos in the various Marvel films, his many appearances commencing with 20th Century Fox’s pre-MCU X-Men feature film in 2000), Stan Lee’s legacy will live on for decades to come and most likely, beyond.