“And you people, you’re all astronauts on some kind of star trek” 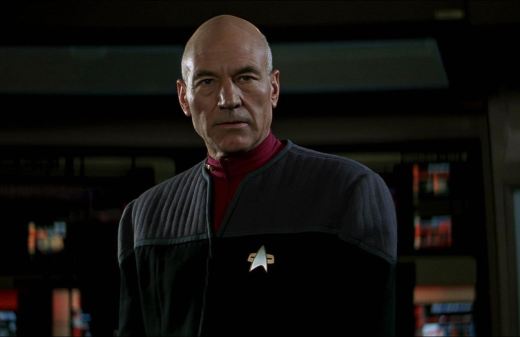 The finest big screen outing for the cast of Star Trek: The Next Generation and one of the overall best Star Trek films, Star Trek: First Contact is an exciting science fiction action adventure that proved a hit with fans and critics as well as general audiences, becoming one of the most financially successful Star Trek features – surpassing previous champion Star Trek IV: The Voyage Home.

Star Trek: First Contact sees Captain Jean-Luc Picard and the crew of the Enterprise-E once again faced with their cybernetic foes, the Borg, who travel back in time to the year 2063 – a decade after Earth’s devastating Third World War – to avert the first flight by warp drive inventor Zefram Cochrane and contact with visitors from Vulcan – an event that unites humanity and sparks a more hopeful future that will lead to the formation of Starfleet and the United Federation of Planets.  Pursuing the Borg back to the 21st Century, the Borg vessel is destroyed by the Enterprise but not before its complement of drones transport into the bowels of Picard’s ship and begin taking control.  As Commander Riker and his away team work to ensure Cochrane’s warp flight occurs as scheduled, Picard must fight to prevent the Borg’s seizure of the Enterprise and their plans to destroy the future.  Star Trek: First Contact ties back to The Next Generation’s classic two-parter “The Best of Both Worlds” (read the review here) in which Picard was abducted and assimilated by the Borg and informs the character’s arc, although it isn’t necessary for casual viewers to have seen it as it’s all explained via Picard’s opening nightmare sequence and some neatly placed exposition. 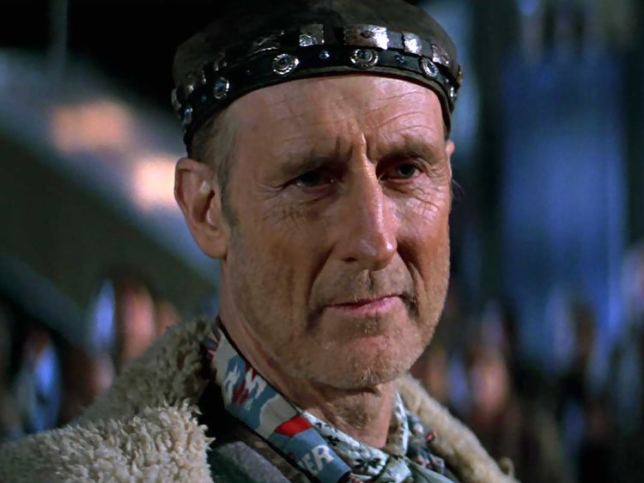 As Picard, Patrick Stewart is as superb as ever in the role and there is a lot of range for the character in First Contact as the usually noble and disciplined Picard grapples with his traumatic history with the Borg and the Ahab-like anger towards his enemy which begins to override his judgement as a Starfleet captain.  Stewart shares great rapport with his co-stars, particularly Brent Spiner’s Data who is also given a great deal of focus, his loyalty to Picard threatened when he is captured by the Borg and manipulated by their Queen.  Played with a sultry and sinister menace by Alice Krige, the Borg Queen expands the mythology of the cyborg race, an individual voice within the singular Borg Collective whose purpose is to bring “order to chaos” within the hive mind.  James Cromwell provides a wonderfully spirited performance as Zefram Cochrane, a man worshipped as a historical figure by the Enterprise crew who they quickly learn is flawed and prone to drinking too much.  Alfre Woodard is equally great as Cochrane’s assistant, Lily, who has numerous standout scenes with Patrick Stewart – particularly her heated exchange with Picard as his fury against the Borg verges on vendetta, snapping him into realisation with a poignant reference to Moby Dick.  Given his duties as director, Jonathan Frakes’ Commander Riker has less onscreen presence in comparison to Patrick Stewart and Brent Spiner but still plays an important role.  The rest of the regular TNG cast are all given their moments within the story – Marina Sirtis’ inebriated Deanna Troi serving up a dash of levity – and luckily First Contact allows for Michael Dorn’s Worf (who at this point had joined the cast of Star Trek: Deep Space Nine) to rejoin his former crewmates for their adventure. 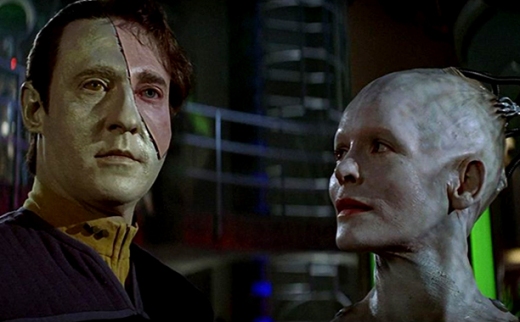 Star Trek: First Contact thrills with a number of notable action sequences and set-pieces, the highlights including the first act’s space battle against the Borg ship, Picard and his crew’s attempt to halt the Borg’s infiltration and assimilation of the Enterprise and Picard and Worf’s (along with Lt. Hawk, in an early screen appearance by Neal McDonough) excursion onto the ship’s hull to prevent the Borg’s conversion of the main deflector into a means of summoning reinforcements.  The film boasts a great script (from returning Star Trek Generations screenwriters Ronald D. Moore and Brannon Braga) that has plenty of action, drama, humour and heart and it’s easy to see why it appealed to a wide audience.  It’s a generally pacey adventure that doesn’t sacrifice an enjoyable science fiction story or memorable character moments.  The Borg are a dark threat and the stakes are high yet First Contact maintains the hope and optimism for humanity’s future envisioned by Gene Roddenberry that is the nucleus of any classic Star Trek story.

Having helmed numerous episodes of The Next Generation (as well as Deep Space Nine and Voyager), Jonathan Frakes makes a confident jump to the big screen and keeps First Contact engaging and entertaining.  The production design is excellent and gives it a pleasingly grand, blockbuster feature film look.  The new Enterprise-E is another superb, sleek starship design from illustrator John Eaves that melds the iconic Matt Jeffries concept with that of The Next Generation’s late Enterprise-D.  Likewise, Herman Zimmerman’s interior sets are an appropriate expansion of his previous work.  The new Giger-esque biomechanical look for the Borg courtesy of Michael Westmore makes them an even scarier and formidable enemy and would rightfully earn the film an Oscar nomination.  To top things off, Jerry Goldsmith (with contributions from his son, Joel) provides a classic music score, another career best for the composer that elevates all of the excitement, emotion and atmosphere of the film – the beautifully majestic main theme on par with that of Star Trek: The Motion Picture.

Star Trek: First Contact is simply a great big screen Star Trek entry that’s not only enjoyable for fans but for casual viewers as well and represents a high point for the franchise as an entertainment enterprise (pun fully intended).

Discovering that the Borg plan to use the Enterprise’s deflector to contact reinforcements, Picard leads a mission on to the starship’s hull in order to stop them…

An early concept for the film had the Borg travelling back in time even further to the Renaissance period and would see Data become Leonardo DaVinci’s apprentice!

Star Trek (2009) : J.J. Abrams directs this rousing, crowd-pleasing big screen reboot of the franchise as a young James Kirk (Chris Pine) battles to save Earth from a vengeful Romulan from the future…

Image(s) used herein are utilised for illustrative purposes only and remain the property of the copyright owner(s).